Back in December 2017 we started having major issues with our Hubspot social integrated twitter accounts at About Inbound. We ended up spending a lot of time trying to figure out what was going on and lost a lot of time posting tweets that did not have any reach, so much so that we wrote a blog post about how API integration issues can cause major disruptions that we as marketers should be conscious of the integrations we depend on. Frustrated with our unsatisfactory workaround (as we'd have to guess when the problem might reoccur and on every occurrence we would loose time and followers) we kept a close eye on twitter development sources and Hubspot product updates.

A few weeks later we came across an update from twitter about Automation and the use of multiple accounts which basically explains that our problem is "by design" except not changes were supposed to be implemented until March 23, 2018.

In this article Twitter mentions that they are going to enforce penalties etc. to accounts from the 23rd of March to stop people amplifying messages by tweeting the same message out from multiple accounts.

How we tweeted using Hubspot automation before the update.

Before reading Twitters updates we were sending some out similar (different wording and but sometimes the same links) to 2 accounts. they were normally a while a part. Vourneen would tweet her  personal commentary on her personal account and the companies account held our business view with the same content sources. Needless to say we stopped Tweeting out similar tweets from Vourneen's personal account as Twitters update confirmed to us that this issue is in effect "By design". We put out a somewhat irritated tweet about this at the time:

We had major #API issues our #hubspot #twitter integration last month. Just read this notice by twitter. very coincidental to see this now. Love the 2 days notice. For a #social platform they have a lot to learn about communication.. https://t.co/efRSXkWcaF

Hubspot catches on and announces changes to Twitter integration:

Today (March 26th 2018) we found the following notice in our Hubspot portal:

The learn more button takes you to the full product update ... We're happy to see that Hubspot has taken this approach to warn their customers and that they put in place limitations to try and minimize the chances of Hubspot customers being penalised. This will also allow us to put this issue to bed which is great as we now at least know the cause and can make sure it is addressed.

Our thoughts on twitters changes:

First of all, we are not against the changes made. If they are going to help clean up twitter and protect against the numerous bots the platform is plagued by, we believe the change is definitely worth the result.  Where we don't agree however, is with the way Twitter decided on a course of action, implemented it and neglected to let us (it's users) know until several months down the line that a changes "were coming".

It's clear from what we have seen on our accounts, that Twitter implemented changes back in December and "neglected" to mention this to their users until last month. Furthermore the official enforcement date is set to the 23rd of March 2018 in their own update. Even-though we noticed changes being enforced on us from the last week of December.  This caused us to loose a lot of time posting content for no return. 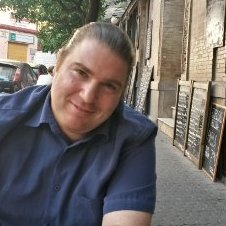